A drive against hunger 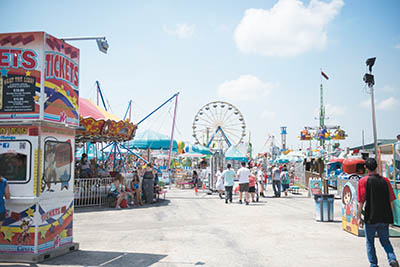 Here in the Midwest, where food grows all around us, there are children who don’t know where they will get their next meal. That is an unfortunate irony that hasn’t gone unnoticed by Missouri’s agricultural community.

In response, this summer you will see a campaign called Drive to Feed Kids in action at the Missouri State Fair. The effort is being led by Missouri Farmers Care, an organization dedicated to the state’s farming community. And thanks to the members of Sawyer Brown, you can see a great concert at the State Fair to support the cause.

Drive to Feed Kids is a program that leverages existing food bank and distribution networks to deliver kid-friendly meals to youth. Food is delivered through backpack programs and in-school food pantries to help children in households with low food security.

“All of us in agriculture are focused on doing our best to produce food,” Wessler said. “But we’re also focused on making our communities the best they can be. When our youth face uncertainty about access to nutritious food, it presents challenges in coming to school ready to learn and thrive. It is time to consider how we can help. Our partner through Drive to Feed Kids, Feeding Missouri, has a proven and efficient way to deliver food to those who most need it.”

Over the past decade, research from USDA and other agencies has revealed how pervasive the lack of access to nutritious food is in many American households. To help quantify the problem, USDA uses terminology centered on food security to provide a better picture of the real needs. High food security means a family has no problems attaining nutritional food. Low food security means reduced quality, variety or desirability of diet. Very low food security means eating patterns are disrupted, and food intake is reduced.

In its most recent research, USDA found that 5 percent of American households have very low food security. And, 76 percent of counties in the top 10 percent of food-insecure counties are rural. Predominantly rural counties have higher rates of food insecurity than urban counties.

Statistics like these are what brought a sense of urgency to Missouri Farmers Care. The organization’s campaign will feature several events at the Missouri State Fair, which runs Aug. 10-20 in Sedalia. On opening day, Thursday, Aug. 10, there will be a premiere of Where the Fast Lane Ends, a movie co-written and produced by Sawyer Brown lead singer Mark Miller. The film was created by Farming to Fight Hunger, a nonprofit organization dedicated to addressing the knowledge gap between agriculture and consumers and increasing awareness of food security issues.

The movie premiere will be followed that evening by the Sawyer Brown concert at 7:30 p.m. with opening act Royal Wade Kimes. Tickets to the concert go on sale June 20.

To find out more, visit MoFarmersCare.com.